Adynew Alves, 28, of Boston turned himself in to Baltimore Police late last night. He is charged in Maryland with being a fugitive from justice, and is wanted in Massachusetts on warrants charging him with kidnapping, armed assault, and assault and battery. Mr. Alves will likely be arraigned in a Baltimore court room Monday on the fugitive from justice charge. It is unclear at this time whether Mr. Alves will waive rendition and voluntarily agree to be returned to Massachusetts to face charges at this time.

His co-defendant, Stephanie Walker, 28, of Lawrence, was arrested at a motel by Baltimore Police this past Saturday afternoon around 4:00. She is charged in Massachusetts on warrants charging her with kidnapping and assault and battery. Ms. Walker has waived rendition and has agreed to be returned to Massachusetts to be arraigned. Although no date for her return has been set at this time, it appears likely she will be returned to Massachusetts sometime next week and will then be arraigned in Taunton District Court.

The September 23rd kidnapping is believed to have occurred in or around Boston. The victim, a 49-year-old woman, was forced into the trunk of the car and driven south on Route 24. At some point around 7:15 p.m., the victim was able to escape from the trunk on Route 24 in Taunton. Motorists assisted the victim and called police.

The two suspects fled south on Route 24 in a blue 1996 Nissan Sentra. The vehicle was discovered on Joshua Lane in Taunton the following morning.

Photos of the suspects were emailed to the media Tuesday night, and may also be viewed at bristolda.com.

Our office has no further information on the specifics of the arrest, and cannot comment further on the status of the investigation until the defendants are arraigned in Massachusetts. 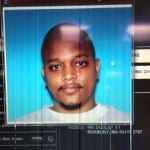