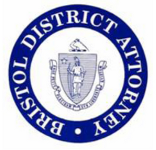 Welcome to the Bristol County District Attorney’s Most Wanted Fugitives home page. District Attorney Thomas M. Quinn III, with the support of our Massachusetts State Police Unit, is dedicating resources to locate and apprehend the individuals on this website, all of whom have committed felonies and/or failed to appear in court in a case involving a felony.

We are seeking the public’s assistance in locating these defendants. If you or someone you know has any information about the whereabouts of any of the defendants on this list, we urge you to either text or submit a tip via the web. To anonymously text a tip to us, text the word “Bristol” to the phone number CRIMES (274637). Then just text us your tip. You can also submit a web-based anonymous tip by going to Submit a Web Tip.

This list will be regularly updated, so please check back frequently. With your help, we can get these dangerous individuals off the streets and make our communities a safer place to live and work. These defendants have all been charged with serious crimes and must be brought back into the courtroom to face justice.

This message is only visible to admins.

Brian Jagielski, 53, of Tiverton, RI, is wanted in both Massachusetts and Rhode Island in connection to serious domestic violence cases. The defendant, who has a lengthy history of domestic violence related convictions, is under indictment in Bristol County for strangling his girlfriend on multiple occasions in New Bedford and for also taking her to the Freetown Forest against her will and threatening to bury her there. He is also accused of slapping her, smashing a vase and holding a piece of its broken glass up to her throat while threatening to kill her. The incidents are all alleged to have occurred in January. At the time of his arrest by New Bedford Police, he was on probation in Rhode Island for a previous domestic violence conviction where he spent four years in prison. While the Bristol County case was still in the District Court, the defendant posted $27,500 cash bail and was then transported to Rhode Island for the alleged violation of his probation. After a hearing in Rhode Island last month, he posted an additional $10,000 cash bail and was ordered to return to Massachusetts for his Superior Court arraignment on the new indictment charging him with assault and battery on a family or household member, assault with a dangerous weapon, strangulation and witness intimidation. He was to be arraigned on July 16th in Fall River Superior Court, but did not appear. An arrest warrant issued on that same day. ... See MoreSee Less

Great news! After being on the loose for the past seven months, we are happy to announce that another one of Bristol County's Most Wanted Fugitives was taken back into custody this week. This defendant, an accused Cocaine Trafficker, was arrested in Fall River on Tuesday and was ordered by a Superior Court judge to remain behind bars on $20,000 cash bail. In the event that he posts the bail, the defendant will be required to wear a GPS monitoring device and remain in home confinement until his criminal case is resolved. We would like to thank the Fall River Police Department and the FBI Gang Task Force for their tireless work on making sure this defendant stands trial! ... See MoreSee Less

If you have any information about Zachary Brazdis, his ties to the community, his location or his hang outs, please consider submitting an anonymous web-tip, by logging on to new.tipsubmit.com/en/create-report/anonymous/da.bristol.ma.us ... See MoreSee Less

Help us bring this defendant back into custody. The defendant has been on the lam for several months and recently led police on a high speed chase through Taunton and Freetown. If you have any information about him or his whereabouts, please submit a tip today! To anonymously text a tip to us, text the word “Bristol” to the phone number CRIMES (274637). Then just text us your tip. Neither your phone number nor any identifiable information about you will be accessible to us. ... See MoreSee Less

This defendant has been wanted by police in Massachusetts for several months. In May, 2018, he is alleged to have held a New Bedford woman against her will at knifepoint and sexually assaulted her. A warrant has been issued charging the defendant with armed kidnapping with sexual assault; rape with the threat of bodily injury; and assault and battery with a dangerous weapon. Additionally, he has warrants from Lynn, Lawrence, Framingham and Plymouth District Courts for various motor vehicle violations. The defendant has used the aliases Luis Castro, Angel Maysonet, Luis Linares, and Carlos Vizcano.

Aside from New Bedford, the defendant has ties to ties to Lynn, Lawrence, New Hampshire, Rhode Island, and Pennsylvania.

Anyone with information is asked to call 911 or the State Police Violent Fugitive Apprehension Section at 1-800-527-8873.

You can also anonymously assist us by texting us an anonymous tip. Simply text the word “Bristol” to the phone number CRIMES (274637). Then just text us your tip. Your phone number will not be identifiable to us. ... See MoreSee Less