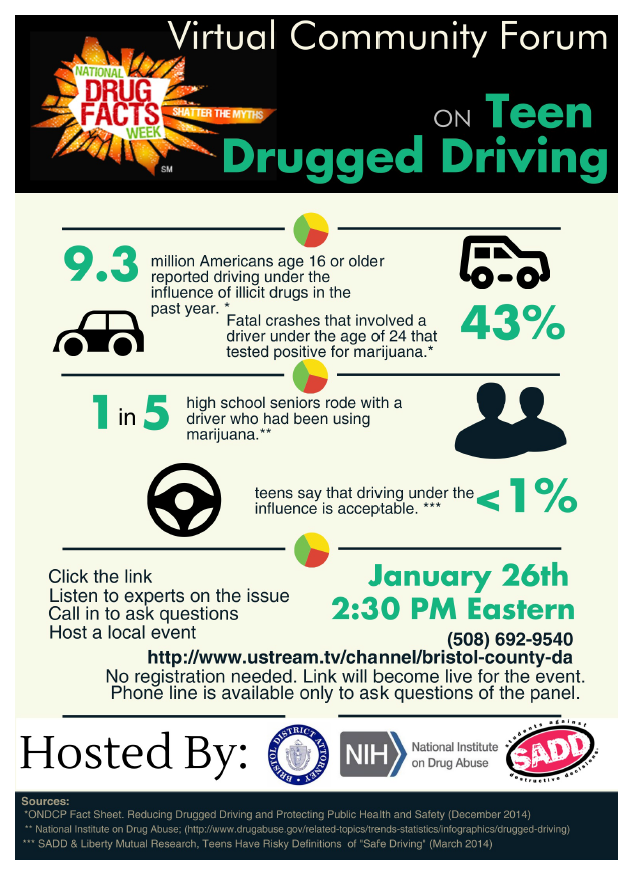 Bristol County District Attorney Tom Quinn is announcing that his office will participate in National Drug Facts Week by hosting a LIVE online web forum to educate the community on “Teen Drugged Driving.” The forum is a partnership between the District Attorney’s Office and Students Against Destructive Decisions (SADD) and will be broadcast on Monday, January 26, 2015 at 2:30PM. It will be available for public viewing, and viewers may call in or submit questions online.

The forum is being conducted for National Drug Facts Week – an annual week-long initiative of the National Institute on Drug Abuse (NIDA) that focuses on educating teens about drugs and drug abuse. NIDA encourages schools and community organizations to host activities and events across the U.S. to help “Shatter the Myths” about drug use.

This year, the district attorney aims to address the ongoing and growing issue of “drugged driving.” While this issue affects everyone, it becomes especially important among teens. Vehicle accidents are the leading cause of death for young persons ages 16-19. When lack of driving experience is combined with the use of illegal substances, a higher risk for harm and fatality results. Additionally, studies show that 9.3 million Americans age 16 or older report driving under the influence of illicit drugs in 2014.*

By utilizing a web format, the District Attorney’s Office hopes to educate an even larger audience than last year’s initiative, which involved distributing more than 2,000 “Shattering the Myths” handbooks to schools throughout Fall River.

The entire discussion will stream live on Ustream, hosted in partnership with the Raynham Channel. Upon starting at 2:30PM, the forum will be available to view directly on Ustream or on the District Attorney’s Office Facebook Page. Viewers can ask questions via Facebook, Twitter, or by calling in at (508) 692-9540.

The online link to view the forum is http://www.ustream.tv/channel/bristol-county-da and will become live shortly before the forum begins at 2:30PM. Information and direction can also be found at www.bristolda.com under “Upcoming Events.” 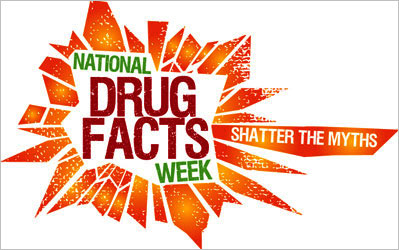