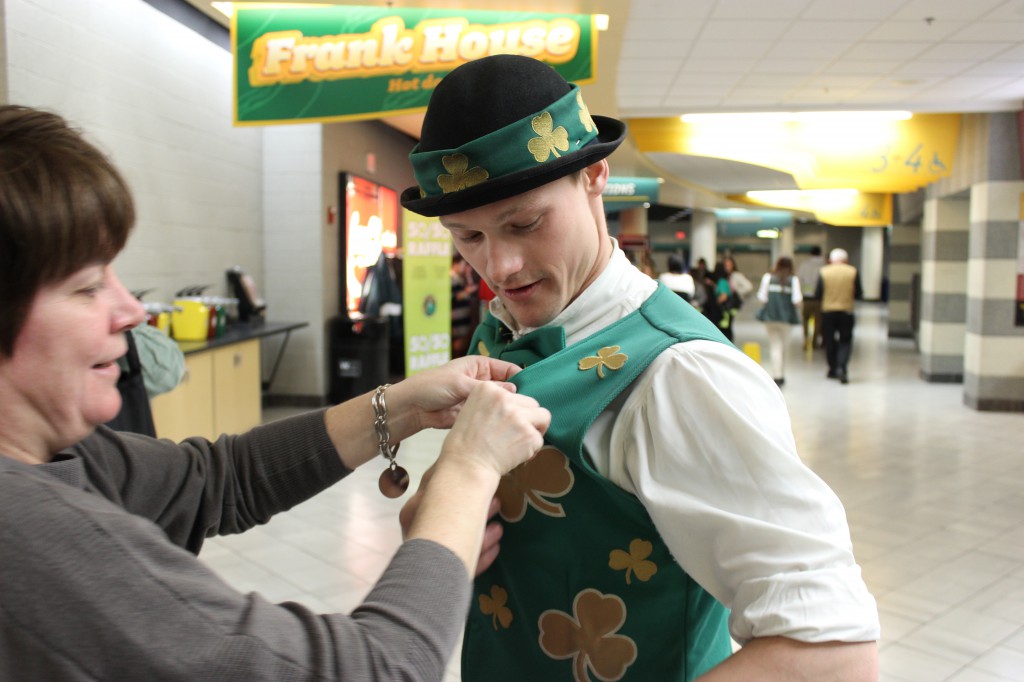 Bristol County District Attorney Tom Quinn announced today that his office, working collaboratively with the Massachusetts Employers Against Domestic Violence and Jane Doe Inc., has once again partnered with the Boston Celtics to help stamp out domestic violence against women.

The initiative centers around the Massachusetts White Ribbon Day Campaign, which encourages men to take a pledge and serve as allies in ending all forms of violence perpetrated against women. This includes domestic and sexual violence, and extends to include stalking, human trafficking, and harmful traditional practices such as honor killings and femicide, among others.

The Celtics plan to join with this office and its partnering agencies at their March 16th game against the Philadelphia 76ers at the TD Garden in Boston. Staff members from the District Attorney’s Office and partnering agencies will be distributing thousands of white ribbons to men attending the game, to create a complete white out throughout the stands.

Celtics coaches and staff will wear white ribbons as a public show of their commitment to both oppose and address gender-based violence. Those in attendance at the game will also learn more about the White Ribbon Day Campaign throughout the game as public service announcements from Jane Doe Inc. and the Boston Celtics will be aired on the Lumberton.

In addition to the collaborative effort with the Boston Celtics on March 16th, Bristol County District Attorney Tom Quinn has launched a county-wide effort to implement the White Ribbon Campaign in schools throughout the county.

Officials from the District Attorney’s Office spoke to students at Oliver Ames High School in Easton on March 3rd, during which all male students from the senior class signed the White Ribbon Campaign pledge. Additionally, all male staff of the District Attorney’s Office wore white ribbons in support of Massachusetts White Ribbon Day on March 5th. To see photos from the Easton event and snap shots of male office staff throughout Bristol County, please join us on Twitter at @Bristolda or Facebook.

About White Ribbon Day:
White Ribbon Day is connected with the international White Ribbon Campaign (WRC) that was created by a group of Canadian men in 1991. The men formed the campaign in response to a 1989 massacre where fourteen women were systematically targeted and killed solely because of their gender. The White Ribbon Campaign was formed with a goal of urging men to speak out against violence against women. It also encourages men to sign a pledge to show their commitment. Today, the WRC is a worldwide campaign in over 60 countries that has collected well over 5 million signatures and growing.